Hemmage is a term coming from ancient Greece used to define a throat clearing.
It can also manifest itself as a cough or coughing, or even as heavy congestion, leading to a consumption of dozens of tissues per day.
Very often it follows an inflammation of viral, bacterial or allergic origin.
But once the acute phase has passed, the persistent cough or throat clearing create an irritation that form a true vicious circle sometimes responsible of a mucus overproduction.
The problem that can exist for several years is located around the laryngeal area, either in the higher part, at the junction with pharynx and esophagus, or in the lower part, at the beginning of the trachea.
When we do hemmage we have the feeling that we have a respiratory problem caused by an amount of phlegm that is perceived as abnormal.
However, we must not confuse the normal and the pathological, because at the pharyngeal crossroads, there is a permanent confluence of secretions that come from different origins.
Thus, this crossroads is the place of bronchial secretions recruitment, where the quantity is near 2 cups a day, to which is added the saliva which mixes with the secretions coming from upper nasal sinus airways.
The secretions that constantly arrive at this level must be swallowed unconsciously , without paying attention, especially if they are white or translucent.
If on the other hand they have a colored yellow, green or brown appearance, we can accelerate the expiratory flow in the form of a throat clearing, or a directed cough.
But under these conditions, it is important that it be occasional and effective : namely that it allows each time an evacuation of phlegm.
We should know that even colored secretions can be swallowed, because they will be degraded in the stomach anyway.
The problem when we have hemmage is, that we make this throat clearing gesture every 10 minutes, or even every minute, and that more often than not, it doesn’t allow to clear out the colored secretions.
Repeated throat clearing can lead to a form of obsessive compulsive disorder, which creates an irritation, either above or below the larynx.
It’s a bit like having a wound, that you would constantly scratch.
The treatment consists of gradually reducing the throat clearing frequency and gradually coming to do it only once an hour, if not at all.
If sometimes and especially at the beginning, the discomfort remains too great, two solutions are available to you :
The first is to try to swallow the secretions without throat clearing.
If this doesn’t correct the situation, you can try to drink a sip or two of water when a feeling of irritation appears.

In summary:
The spacing of the throat clearing phenomenon.
The reflex to swallow secretions when they create a feeling of discomfort around the laryngeal area.
The fact of drinking a sip or two of water each time you perceive a phenomenon of congestion at this level allows in almost all cases to find a normal life within a period which varies from one week to three months. 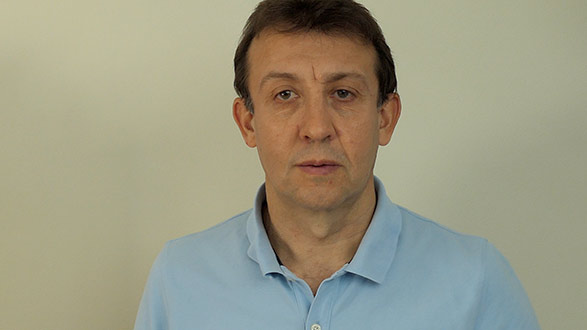